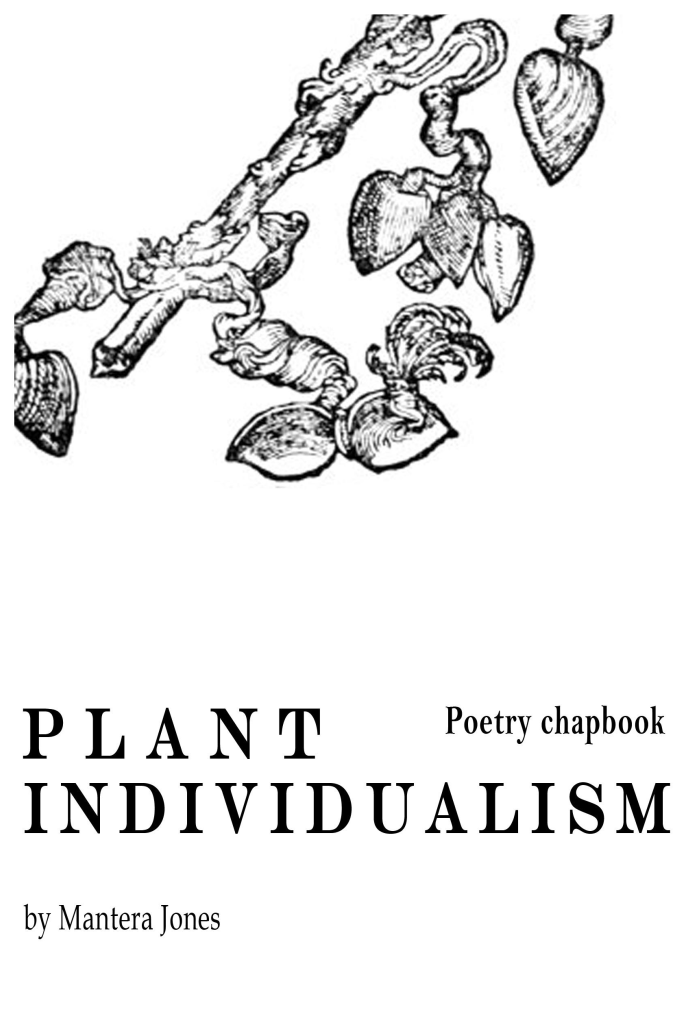 Plant Individualism was my first publication, and it bears all the hallmarks of a juvenile effort - rawness, sentimentality, and a whole lot of cringe. It has its moments. It did its job, at any rate -- it got my toe into the water of publication, and set the ball of 'iterative improvement' in motion. I've never looked back since ... 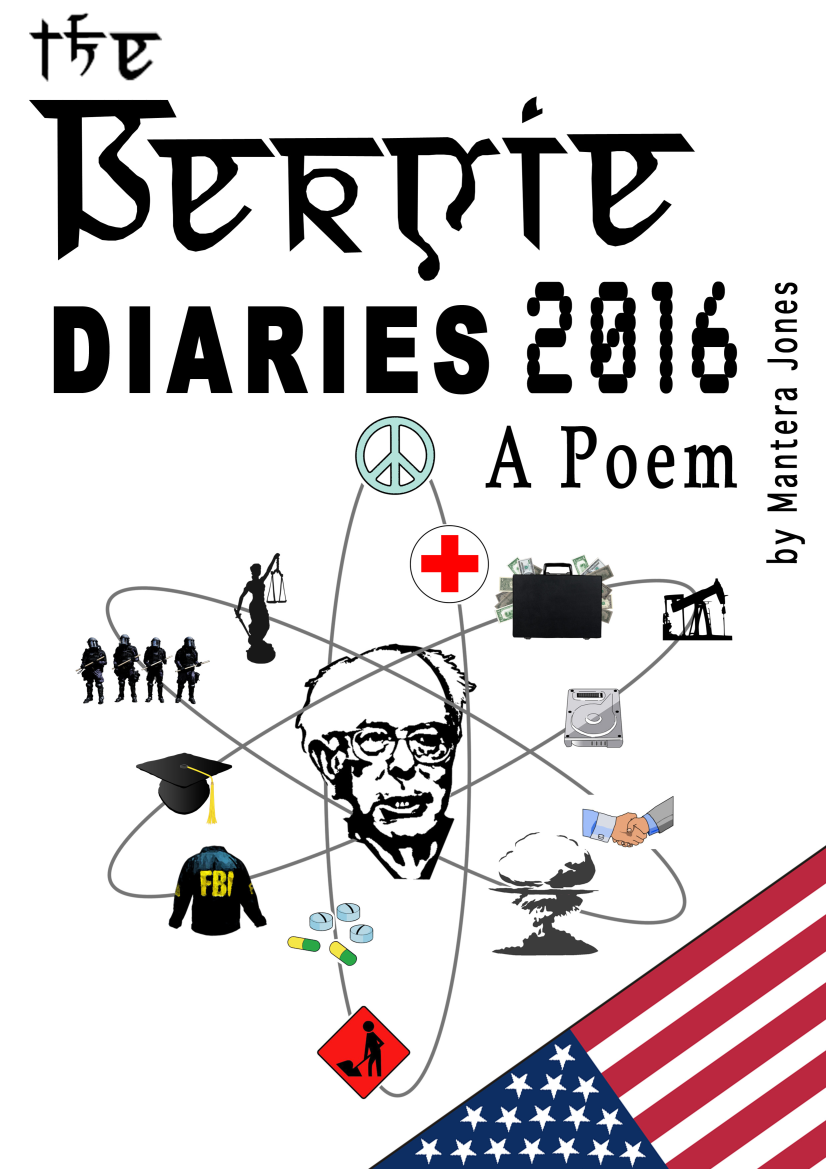 T.S. Eliot once asked whether we should rate a poem differently depending on whether or not the poet believes in the ideas their work expounds. The question seems relevant in this case ... I feel The Bernie Diaries 2016 would be worthless as a chapbook, if it weren't for the fact I actually believed, along with a bunch of other people, back in the first half of 2016, that Bernie Sanders could be president, and would have been a good one (I, along with a bunch of other people, have since revised those assumptions -- mostly having to do with the proposal Bernie could ever win a presidential election -- clearly he is too nice of a guy).

Next to this, the question of why I, a New Zealander, should be so interested and invested in a U.S. presidential election as to bother writing a book of poetry about it, seems of secondary importance. It would have had something to do with my partly growing up in the U.S., in Connecticut, with my love of the writing of Hunter S. Thompson, which began when I was 19 or so, with my dad having recently moved from New Zealand to California, and with my residing at the time of the events in question in Berlin, a place where one feels closer to the realities of world politics than in New Zealand, where, more to the point, it seems slightly less absurd for a New Zealander to presume to have an opinion on such matters.

In literary terms, the chapbook is an experiment, an attempt to combine the genre of poetry with that of political journalism.

Here's my thinking: today there is much which affects our environment, our everyday experience, and even our consciousness on a society-wide scale, which resists artistic treatment. I am talking about the realities of law, politics, science, advertising, pop culture, bureaucracy, the military-industrial complex, media, mass institutions, technology and large-scale business. If you try to write poems on these topics, it doesn't work, because the language is ugly and unmusical, is often simply incomprehensible to a layperson, and at any rate is hard to wring any meaning out of. The end product will not be beautiful, may come off absurd or macaronic, and will be rejected by the average reader as 'not real poetry'. Yet if we ignore these domains, or treat them merely in a superficial way, as a foil to the ideal pastoral or inner subjective world, we end up with a poetry which is escapist and doesn't address reality as it is.

Thus the attempt to write poetry with colours borrowed, so to speak, from the journalistic palette. The effect may be somewhat incongruous. The intensive use of details which it entails does have the advantage of letting the reader know exactly where they are in historical time. Perhaps this also means this chapbook will quickly become 'dated'? I suppose that will be the real test of The Bernie Diaries -- if people still find it worthwhile reading in five or ten years hence. If so, I'll judge it a success. 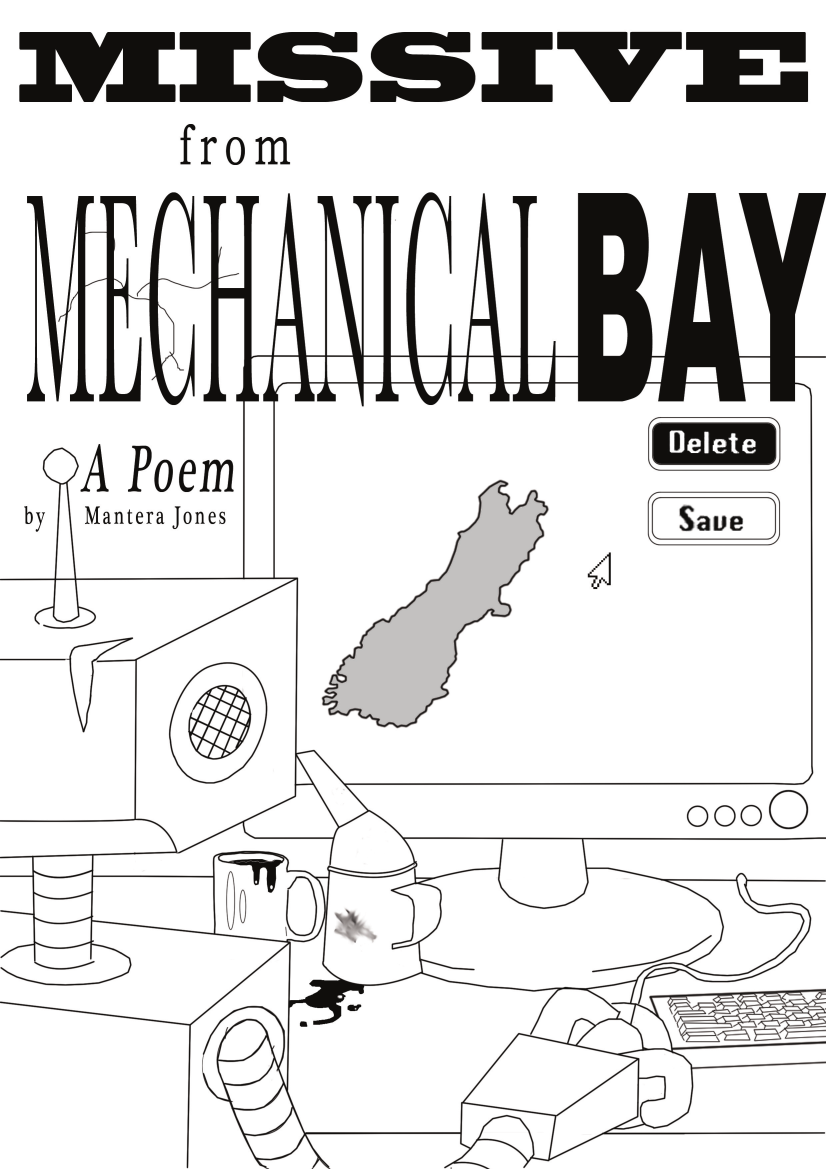 Explaining the thinking behind MMB might take a few paragraphs.

Missive from Mechanical Bay came out of a couple different concepts. The first was a futuristic sci-fi novel in verse form, set in the South Island of New Zealand. The second was a musing on the history and traditions of the South Island, and an attempt to project, in broad brush stroke terms, what it might look like if the positive potentials in these traditions were tapped and applied to problems of the twenty-first century. I was particularly impressed, in 2017, by reading Ron Palenski's The Making of New Zealanders, which describes the South Island as it was in the 19th century, when New Zealand was known worldwide as a 'social laboratory' for liberal reforms. These positive visions are juxtaposed, especially in the first part of the book, to the current realities of political corruption and systematic disenfranchisement of the citizens.

The idea of South Island independence has become more mainstream since I published the chapbook, which is certainly a welcome development from my point of view, but it was definitely a fringe idea in 2017 and early 2018, when I composed most of MMB. This is why it contains no reference to contemporary independence movements -- they weren't on the radar before July 2018, when the book was published.

Obviously there are no references in this work to the March 15 terror attacks, which happened more than six months after it was finished.

We do not share personal information with third parties, nor do we store information we collect about your visit to this site for use other than to analyze content performance through the use of cookies, which you can turn off at any time by modifying your internet browser's settings. We are not responsible for the republishing of the content found on this site on other websites or media without our permission. This privacy policy is subject to change without notice.